Evil Portent For Japan: Typhoon Named After Pope Francis The Destroyer Headed Toward Japan In Time For Celebration Of 1st Centenary Of The Founding Of Sophia University In Tokyo, Japan, 1 November 2013!

Water and fire will give the earth's globe convulsions and terrible earthquakes which will swallow up mountains, cities, etc... Our Lady of La Salette 19 Sept. 1846 (Published by Mélanie 1879)

“At the first blow of His thundering sword, the mountains and all Nature will tremble in terror, for the disorders and crimes of men have pierced the vault of the heavens. Our Lady of La Salette 19 Sept. 1846 (Published by Mélanie 1879)

“Nature is asking for vengeance because of man, and she trembles with dread at what must happen to the earth stained with crime Our Lady of La Salette 19 Sept. 1846 (Published by Mélanie 1879)

As was pointed out here 7 September 2013 Japan is headed for some evil events. Why? well Pope Francis the destroyer who refuses to intercede on our behalf to appease an angry God by abolishing the new mass and restoring the old Latin Mass because he would rather pretend that everything in the Church is the way God desires, so Francis will not change anything for the better, as a matter of fact he even said that "there is no going back!" Meaning that all of us are about to get an ass kicking from up on high!

So every little thing Pope Francis the pope does will be plagued with evil events - just to get all of our attention.

On the 31st of August Cardinal Raffaele Farina S.D.B., archivist and librarian emeritus of the Holy Roman Church, is appointed as the Pope's special envoy to the celebrations of the first centenary of the founding of Sophia University in Tokyo, Japan, on 1 November 2013. 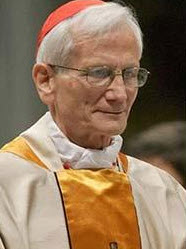 Cardinal Raffaele Farina S.D.B
Two days later after the announcement was made on just who it was that will be the Pope's special envoy to Tokyo this coming November a rare tornado tore through Tokyo. Tokyo tornado injures 63 Just sayin'
Now it looks like a Typhoon named after Pope Francis - Francisco will hit Japan just before November 1st, in time for the Pope's big event. 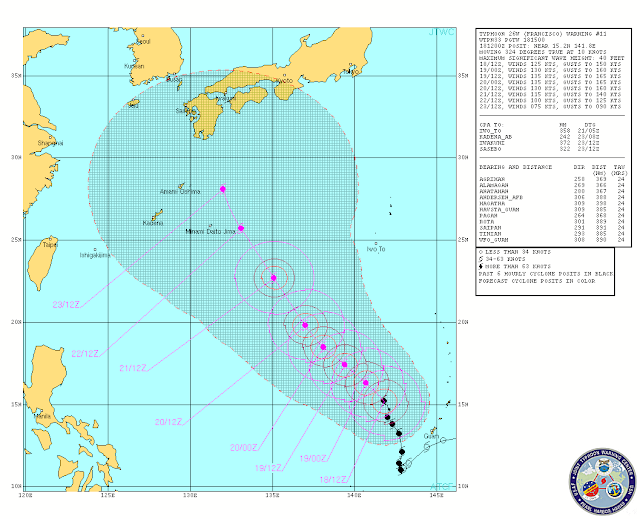 at October 19, 2013
Email ThisBlogThis!Share to TwitterShare to FacebookShare to Pinterest