Evil Portent For Naples! Huge Sink Holes Swallows Up Naples As Pope Francis Announces He Will Begin His Pilgrimage To Naples On 21 March 2015 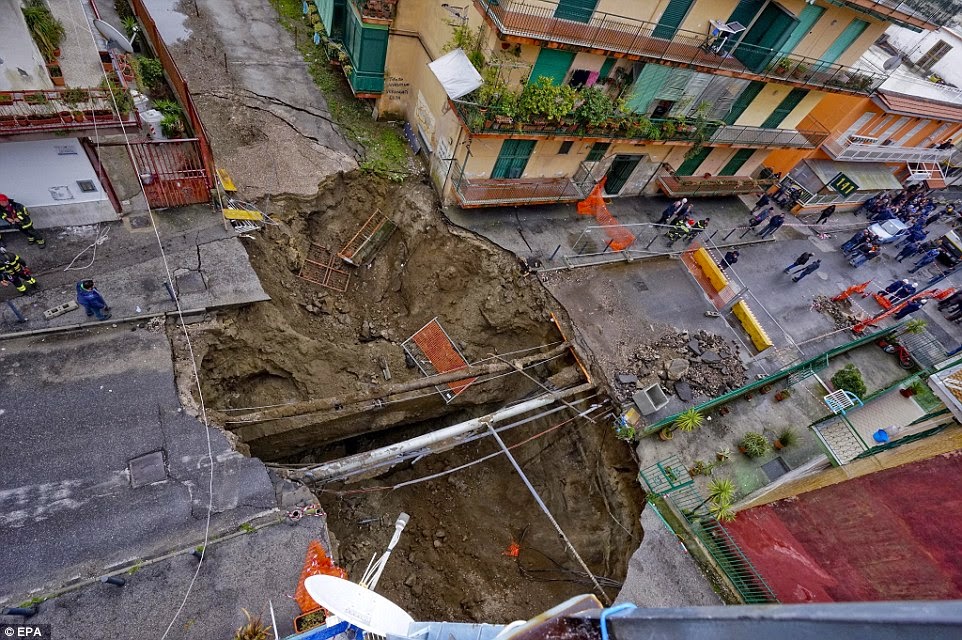 Water and fire will give the earth's globe convulsions and terrible earthquakes which will swallow up mountains, cities, etc.. Our Lady of La Salette 19 Sept. 1846 (Published by Mélanie 1879)

First the announcement that Pope Francis will pay a visit to Naples:


Vatican City, 29 December 2014 (VIS) – Pompeii will be the first port of call on Pope Francis' trip to the Italian region of Campania. On 21 March the Holy Father will begin his pilgrimage to Naples, starting from the statue dedicated to the Virgin of the Rosary in Pompeii, according to the prelate archbishop and pontifical delegate of the shrine, Tommaso Caputo, who added that the Pope's visit constitutes an event of extraordinary ecclesial importance.

“The filial and tender Marian devotion that the Pope continues to show is also at the root of the Church of Pompeii's strong commitment towards the humblest and neediest among us”, explained the prelate. “Today, more than ever before, the motivating forces of charity, intimately linked to the needs of justice and respect for the dignity of every person, are strongly felt. Aside from our joy for his visit, we hope that Pope Francis will show us the path to take to be even closer to and more united with our people”. 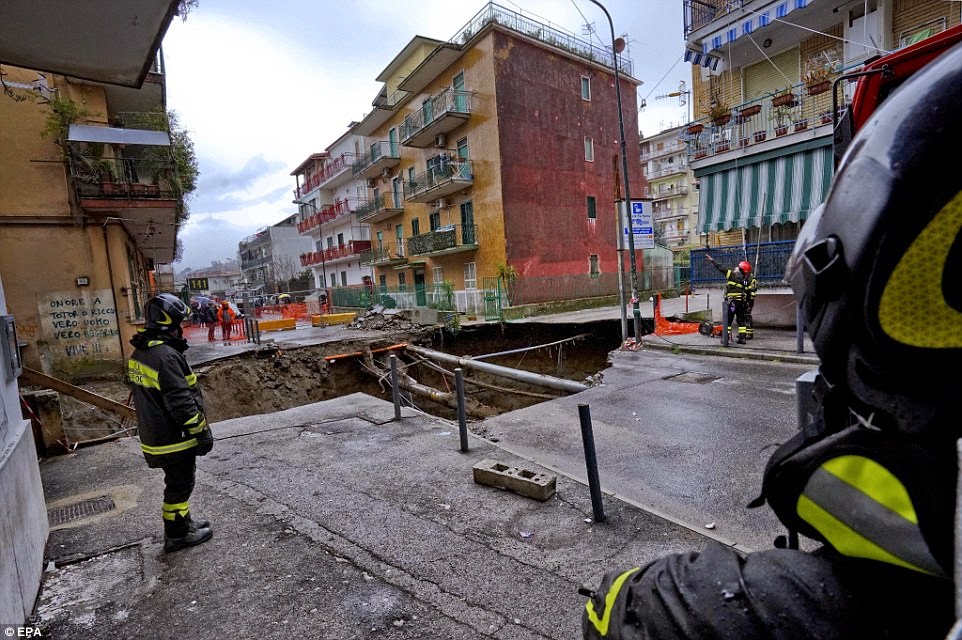 Residents in Naples, Italy woke up this morning to a massive sinkhole that opened up in the middle of a street. Officials say the sinkhole started off as a depression in the road and is most likely caused by a broken sewer. 'It was 5 this morning when I heard a huge thud. I looked out and saw the road collapse and swallow a car,' a woman who lives in a neighboring apartment told Il Mattino.

None of the surrounding buildings showed sign of damage, but nonetheless the four condominiums surrounding the crater were evacuated on Sunday with city officials scrambling to find accommodations for the 380 displaced locals. 'We are in contact with hotel facilities in the area in order to accommodate everyone and try to reduce as far as possible, the inconvenience to citizens,' an official said. David Lezzi, the operations manager of the site, said crews will first figure out the extent of the hole before trying to stabilize it with concrete. Reports did not say when residents might be able to return to their homes. The area has been cordoned off. Daily Mail >>>>>>>

Of course Pope Francis the Destroyer does not want you to pay attention to the Evil Portents and Omens:


"Let us not allow omens of destruction and death to accompany the advance of this world!" Homily of Pope Francis Saint Peter's Square Tuesday, 19 March 2013 Solemnity of Saint Joseph

at February 26, 2015 No comments:
Email ThisBlogThis!Share to TwitterShare to FacebookShare to Pinterest

Evil Portent For Madonna! Satan Pushes Madonna Down The Steps! Why Does Racist Madonna Use Nigger Dancers For Black Devils?? 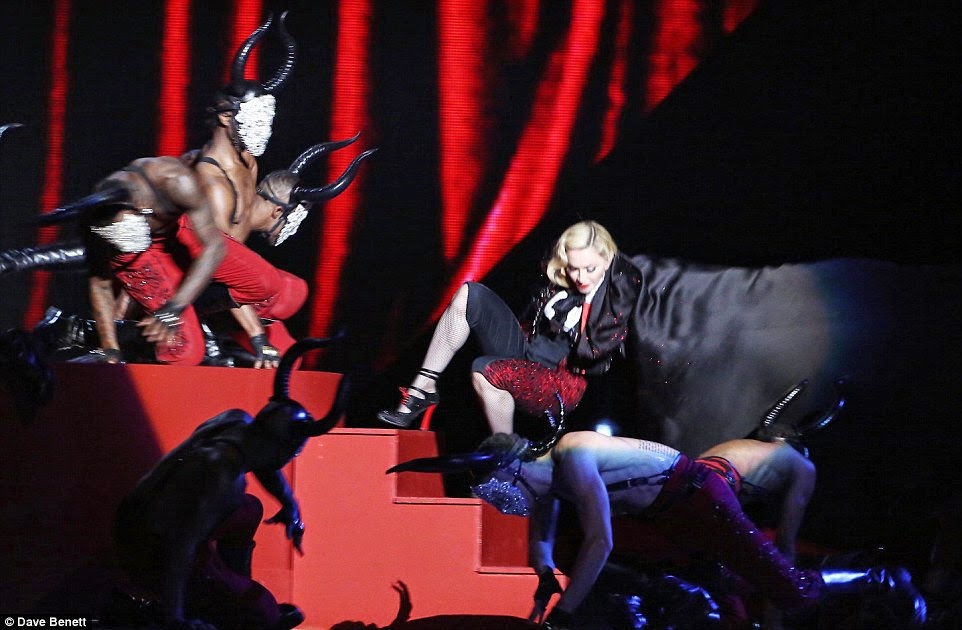 
Madonna ended up putting on a performance that was memorable for all the wrong reasons, when she was pulled off the stage backwards as she closed out Wednesday night's BRIT Awards 2015. With the final, much-anticipated performance of the night singing Living For Love, Madonna failed to untie her cape in time for her dancers to rip it away as she took to the stage at London's 02 Arena. The 56-year-old looked shocked - and briefly stopped singing - after she fell down a set of stairs, but picked herself back up and continued to the end. Explaining the embarrassing gaffe via her Instagram page after coming off stage, the legendary singer laughed off the incident and said her Armani cape was simply tied 'too tight'. She wrote: 'Armani hooked me up! My beautiful cape was tied too tight! But nothing can stop me and love really lifted me up! Thanks for your good wishes! I'm fine! #livingforlove.' Ironic lines including 'pick me up' and 'I'm gonna carry on' featured in the singer's performance as she battled to the end in her elaborate matador-inspired costume. Daily Mail Read More>>>>