Evil Portent For Mexico: 80 Monsters Of Destruction Land In Mexico & Francis The Destroyer To Deliver Video Message - Remember What Happened To The Philippines After Francis Delivered His Video Message There?

Pope Francis the destroyer sent video message to the Philippines on 18 October 2013 and on 3 November a typhoon is formed named Hiayan - that's 16 days later, and on the 7th of November or twenty days later (roughly two 9 day novenas) the typhoon makes landfall killing thousands of souls.


(Vatican Radio) Pope Francis on Friday sent a video message in English to participants at the conclusion of a conference in the Philippines organized by the archdiocese of Manila. The three day Philippine Conference on the New Evangelization has been focused on three main goals: creating an experience of God in the context of the new millennium, strengthening bonds of communion in the Philippine church, and inspiring the faithful to live by the spirit of mission.

Some five thousand delegates from across South East Asia have been taking part in the meeting which concludes on Friday with the papal message and a Mass celebrated by the nuncio to the Philippines, Archbishop Giuseppe Pinto.

Listen to Pope Francis giving his first public address in English since the start of his pontificate:

My dear brothers and sisters in the Lord Jesus Christ,

I greet all of you with the peace and joy of Our Lord. The first Philippine Conference on the New Evangelization is a worthy offering to the Year of Faith. For this I thank all of you, my brother Bishops, the priests, religious men and women, seminarians and the lay faithful who organized and are participating in the conference. I am happy to learn that you came to Manila from different parts of the Philippines and Asia. The Holy Spirit is actively at work in you. The Church of Christ is alive!

Through this conference, I hope you would experience again the loving presence of Jesus in your lives, that you would love the Church more and that you would share the Gospel to all people with humility and joy. Do not get tired of bringing the mercy of the Father to the poor, the sick, the abandoned, the young people and families. Let Jesus be known in the world of politics, business, arts, science, technology and social media. Let the Holy Spirit renew creation and bring forth justice and peace in the Philippines and in the great continent of Asia that is close to my heart.

Please pray for me. I promise to pray for you, especially to Our Mother the Blessed Virgin Mary, Star of the New Evangelization. 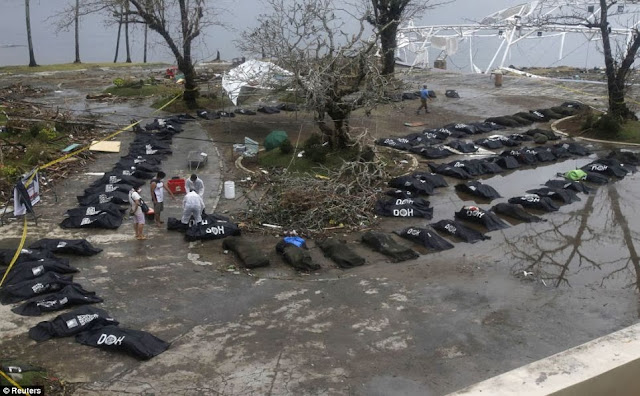 
The quake was centered about 620 kilometers (385 miles) south-southeast of Manila, near Catigbian, and its depth was 20 kilometers (12 miles), according to the U.S. Geological Survey. The Philippines disaster council gave the temblor a slightly higher rating: 7.2 magnitude. CNN

Death before and after the Pope's address. Francis has been sent a message, a message that he ignores and it is this message:


The priests, ministers of my Son, the priests, by their wicked lives, by their irreverence and their impiety in the celebration of the holy mysteries, by their love of money, their love of honors and pleasures, and the priests have become cesspools of impurity. Yes, the priests are asking vengeance, and vengeance is hanging over their heads. Woe to the priests and to those dedicated to God who by their unfaithfulness and their wicked lives are crucifying my Son again! The sins of those dedicated to God cry out towards Heaven and call for vengeance, and now vengeance is at their door, for there is no one left to beg mercy and forgiveness for the people. There are no more generous souls; there is no one left worthy of offering a stainless sacrifice to the Eternal for the sake of the world. Our Lady of La Salette 19 Sept. 1846 (Published by Mélanie 1879)

“Woe to the inhabitants of the earth! God will exhaust His wrath upon them and no one will be able to escape so many afflictions together. Our Lady of La Salette 19 Sept. 1846 (Published by Mélanie 1879)

“The chiefs, the leaders of the people of God have neglected prayer and penance, and the devil has bedimmed their intelligence. They have become wandering stars which the old devil will drag along with his tail to make them perish. God will allow the old serpent to cause divisions among those who reign in every society and in every family. Physical and moral agonies will be suffered. God will abandon mankind to itself and will send punishments which will follow one after the other for more than thirty-five years. Our Lady of La Salette 19 Sept. 1846 (Published by Mélanie 1879)

“The Society of men is on the eve of the most terrible scourges and of gravest events. Mankind must expect to be ruled with an iron rod and to drink from the chalice of the wrath of God. Our Lady of La Salette 19 Sept. 1846 (Published by Mélanie 1879)

And because Pope Francis ignores the words of the Mother of God many will die, many.

What will befall Mexico? Wait and see, sit and be still....


With Francis slated to deliver a video message to the gathering tomorrow (Saturday 16 Nov.) among other A-list prelates on-hand will be Cardinals Oscar Rodríguez, Seán O'Malley, Marc Ouellet, Juan Luís Cipriani and Timothy Dolan, as well as Archbishops José Gomez of Los Angeles, Orani Tempesta of Rio, Charles Chaput of Philadelphia, Thomas Wenski of Miami, Allen Vigneron of Detroit, the new Canadian bench-chief Paul-Andre Durocher, and, in his first turn as USCCB President, Archbishop Joseph Kurtz. Whispers In The Loggia 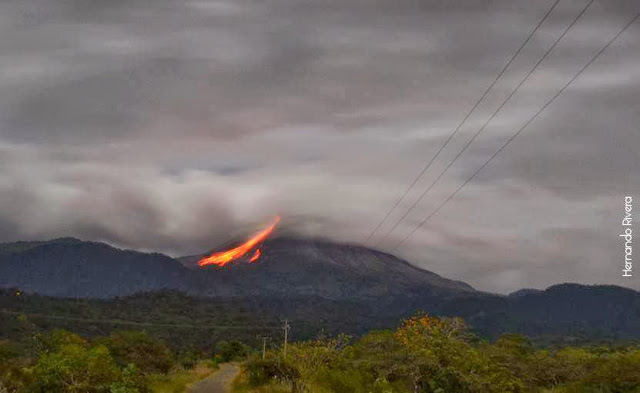 Mexico's Colima Volcano Early On 15 Nov 2013
at November 16, 2013
Email ThisBlogThis!Share to TwitterShare to FacebookShare to Pinterest