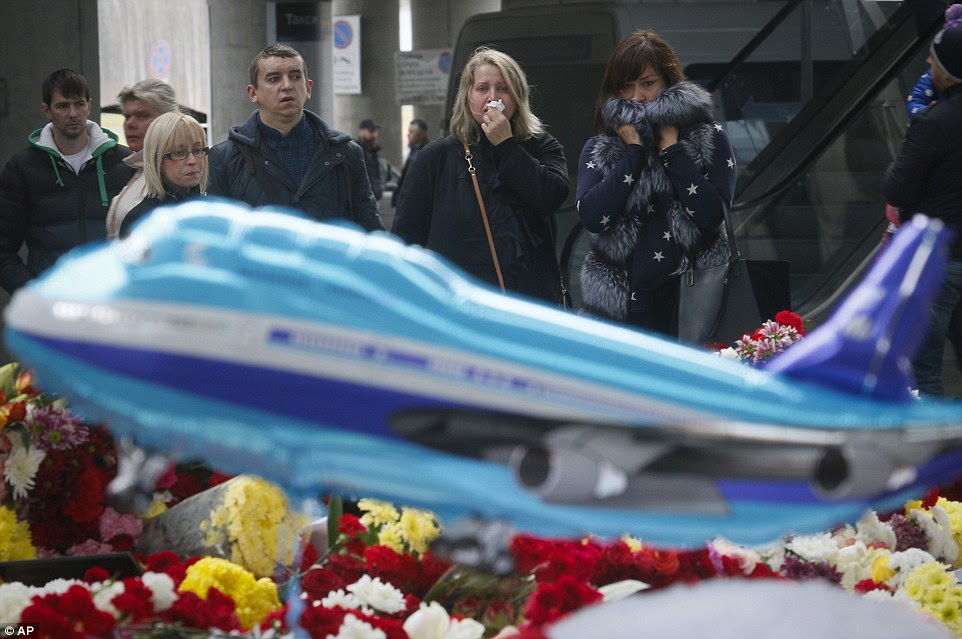 Terrifying final moments of doomed Russian jet: Plane lurched up and down then passengers were sucked out in their seats after 'external impact' blew jet apart, flight data reveals
A doomed Russian passenger jet lurched up and down before plunging 31,000 feet after being blown apart by an ‘external impact’, airline bosses have revealed. Travellers still strapped in their seats were sucked from the stricken Airbus A321 through a hole at the back of the jet when the tail blew off 23 minutes after leaving the Egyptian Red Sea resort of Sharm El Sheikh, it was claimed. The plane twice abruptly climbed nearly 3,000 feet in three seconds before falling 3,000 feet moments later in the final minutes before disappearing from radar. It crashed in the Sinai peninsula with the loss of all 224 passengers and crew. Daily Mail Read More>>>>

Now the industry has to figure out what caused the disaster....and if there will be more.....

at November 03, 2015
Email ThisBlogThis!Share to TwitterShare to FacebookShare to Pinterest