FATIMA DOOM! UNKNOWN LIGHT: Blazing Fireball Lights Up Arctic Sky: "When You Shall See A Night Illuminated By an Unknown Light, Know That It Is The Great Sign That God Gives You That He Is Going To Punish The World"

“The demons of the air together with the Antichrist will perform great wonders on earth and in the atmosphere. Our Lady of La Salette 19 Sept. 1846 (Published by Mélanie 1879)

“Everywhere there will be extraordinary wonders, as true faith has faded and false light brightens the people  Our Lady of La Salette 19 Sept. 1846 (Published by Mélanie 1879)

Another strange event to take place since the Great American Eclipse of 21 August 2017:

COPENHAGEN, Denmark (AP) — A blazing fireball lit up the dark skies of Arctic Finland for five seconds, giving off what scientists said was “the glow of 100 full moons” and igniting hurried attempts to find the reported meteorite.  Finnish experts were scrambling to calculate its trajectory and find where it landed, according to Tomas Kohout of the University of Helsinki’s physics department, who said Thursday night’s fireball “seems to have been one of the brightest ones.”  It produced a blast wave that felt like an explosion about 6:40 p.m. and could also be seen in northern Norway and in Russia’s Kola peninsula, he told The Associated Press on Saturday.  It might have weighed about 100 kilograms (220 pounds), according to Nikolai Kruglikov of Yekaterinburg’s Urals Federal University.  “We believe it didn’t disintegrate but reached a remote corner of Finland,” Kohout said, adding that any search plans for the meteorite must face the fact that “right now we don’t have much daylight” — four hours, to be precise. Source 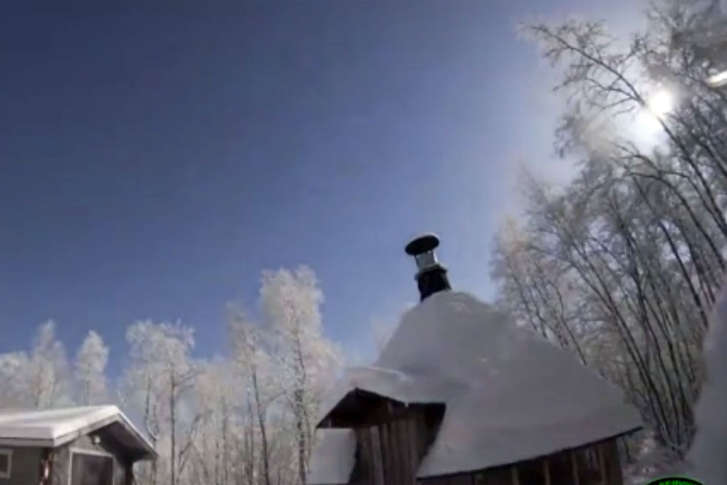 Our Lady of Fatima on the UNKNOWN LIGHT

"When you shall see a night illuminated by an unknown light, know that it is the great sign that God gives you that He is going to punish the world for its crimes by means of war, of hunger, and of persecution of the Church and of the Holy Father." Our Lady of Fatima to the three children, July 13, 1917 (as quoted from the 1947 book, Our Lady of Fatima, by William Thomas Walsh, page 81, Image Books edition, October 1954)  Source

I still hold to the opinion that the Unknown light has not occurred yet:

A Night Illumined By An Unknown Light - Has Not Happened Yet!  September 09, 2013

FATIMA DOOM! UNKNOWN LIGHT Over Siberia "When You Shall See A Night Illuminated By an Unknown Light, Know That It Is The Great Sign That God Gives You That He Is Going To Punish The World" October 27, 2017

I say this is an evil portent for us all - the coming 35+ years of Chastisements is close at hand.

The death of one of the TWO Popes is also near.

The start of this Doom was 21 August 2017 during the Great American Eclipse - until further evidence says otherwise.

"I protest highly against a different text, which people may dare publish after my death. I protest once more against the very false statements of all those who dare say and write First that I embroidered the Secret; second, against those who state that the Queen Mother did not say to transmit the Secret to all her people." Melanie
at November 18, 2017
Email ThisBlogThis!Share to TwitterShare to FacebookShare to Pinterest