Mass Casualty Incidents Prior To The Death Of Pope: 49 Central American Migrants Dead, 58 Injured After Truck Crash In Southern Mexico..... 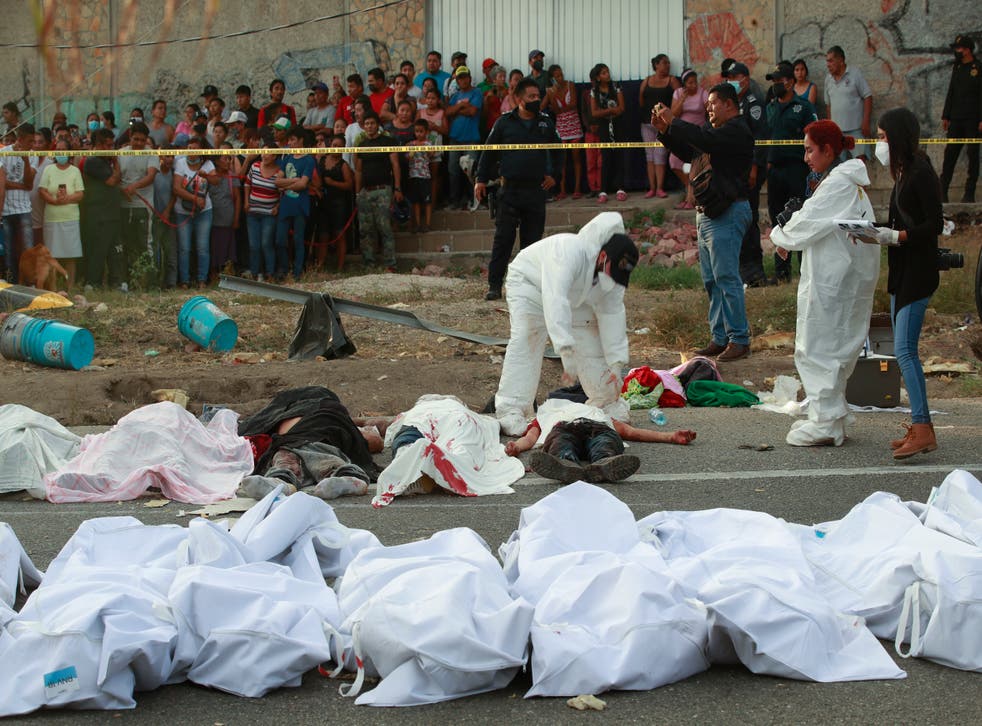 Follow up to first post on Mass Casualty Incidents leading up to the death of the first of the Two Popes:

Follow up second post on Mass Casualty Incidents leading up to the death of the first of the Two Popes:

Mass Casualty Incidents will start to be a thing now that one of the Two Popes will die soon.

You will see more of these Mass Casualty Incidents up until the death of the Pope.

No one is talking about these coming  Mass Casualty Incidents...yet...but they will soon.

These Horrible Mass Casualty Incidents will be the latest trend.

As usual this is the first blog to take notice - others will follow once they read this post....as always....

A cargo truck jammed with people who appeared to be Central American migrants rolled over and crashed into a pedestrian bridge over on a highway in southern Mexico on Thursday, killing at least 49 people and injuring nearly five dozen others, authorities reported.  Luis Manuel Moreno, the head of the Chiapas state civil defense office, said a preliminary estimate listed 49 dead and 58 injured. He said about 21 of the injured had serious wounds and were taken to local hospitals.  The crash occurred on a highway leading toward the Chiapas state capital. Photos from the scene showed victims strewn across the pavement and inside the truck’s freight compartment.  Later, rescue workers arranged the dead in rows of white sheets, side by side, on the asphalt.  The victims appeared to be immigrants from Central America, though their nationalities had not yet been confirmed. Moreno reported that some of the survivors said they were from the neighboring country of Guatemala.  Sitting on the pavement beside the overturned trailer, survivor Celso Pacheco of Guatemala said the truck felt like it was speeding and then seemed to lose control under the weight of the migrants inside.  Pacheco said there were migrants from Guatemala and Honduras aboard and estimated there were eight to 10 young children. He said he was trying to reach the United States, but now he expected to be deported to Guatemala.  Rescue workers tried to excavate survivors from a pile of humanity in the flipped trailer, separating the injured from the dead. Dazed wounded stumbled among the wreckage.  Marco Antonio Sánchez, director of the Chiapas Firefighter Institute, said ambulances raced victims to three hospitals, carrying three to four injured each. When there weren’t enough ambulances they loaded them into pickup trucks, he said.    Source

REMEMBER - THE 35+ YEARS WORTH OF CHASTISEMENTS DO NOT START UNTIL THE TWO POPES ARE DEAD......
“The great chastisement will come, because men will not be converted; yet it is only their conversion that can hinder these scourges. God will begin to strike men by inflicting lighter punishments in order to open their eyes; then He will stop, or may repeat His former warnings to give place for repentance. But sinners will not avail themselves of these opportunities; He will, in consequence, send more severe castigations, anxious to move sinners to repentance, but all in vain. Finally, the obduracy of sinners shall draw upon their heads the greatest and most terrible calamities. Mélanie

"I protest highly against a different text, which people may dare publish after my death. I protest once more against the very false statements of all those who dare say and write First that I embroidered the Secret; second, against those who state that the Queen Mother did not say to transmit the Secret to all her people." Mélanie
at December 09, 2021
Email ThisBlogThis!Share to TwitterShare to FacebookShare to Pinterest