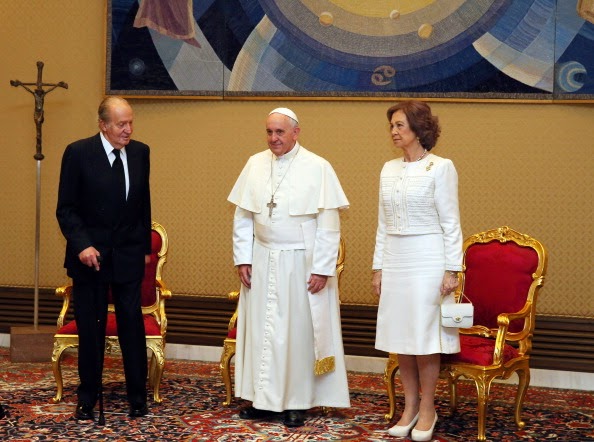 Vatican City, 28 April 2014 (VIS) – This morning, in the study adjacent to Paul VI Hall, Pope Francis received King Juan Carlos and Queen Sofia of Spain, who then went on to meet with Cardinal Secretary of State Pietro Parolin, accompanied by Archbishop Dominique Mamberti, secretary for Relations with States.

During the cordial discussions the Parties remarked on the good relations between the Holy See and Spain, which have been increasingly consolidated in the spirit of the 1979 Agreements. In this context, mention was made of some current issues regarding the Church’s mission in society and the situation of the country.

This was followed by an exchange of views on matters of an international nature, with special reference to various situations of crisis.
at April 28, 2014
Email ThisBlogThis!Share to TwitterShare to FacebookShare to Pinterest