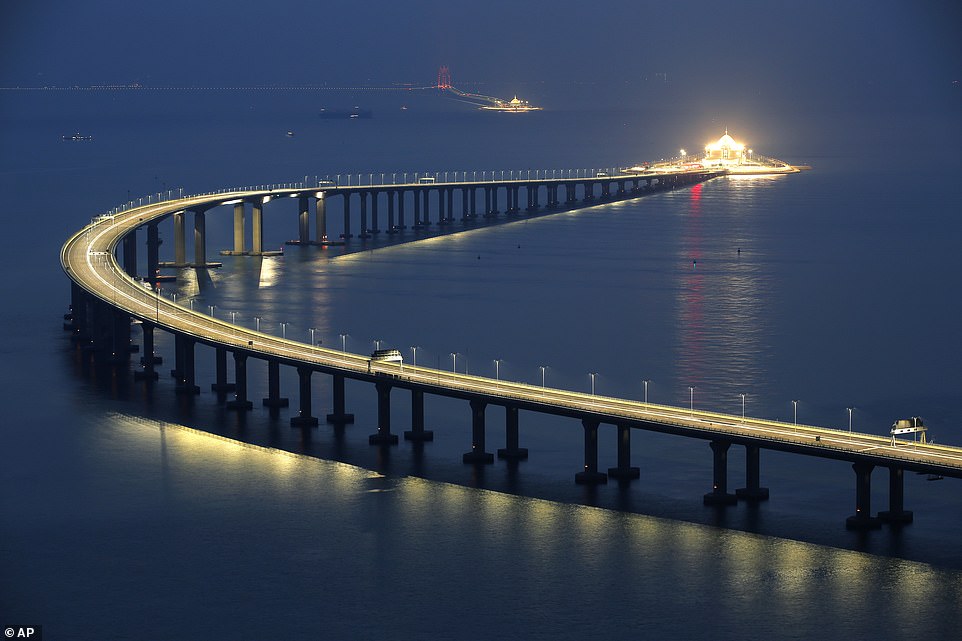 How many days until DOOM?


China's President Xi Jinping today officially launched the world's longest sea bridge that cost £14 billion to build and connects Hong Kong, Macau and mainland China.  The 55-kilometre (34-mile) crossing, which includes a snaking road bridge and underwater tunnel, will open to traffic tomorrow at 9am local time, linking Hong Kong with the southern mainland city of Zhuhai and the gambling enclave of Macau, across the waters of the Pearl River Estuary.   The submerged tunnel, which is under the Lingding Ocean near Hong Kong, is connected by two artificial islands each occupying 10,000 square metres (one million square feet). At 6.75 kilometres (4.2 miles) long and 40 metres (131 feet) deep, the tunnel creates a gap in the bridge that will allow cargo ships to pass through the busy delta.  Xi presided over an inauguration ceremony attended by Hong Kong's and Macau's city leaders at a new port terminal in Zhuhai. SOURCE 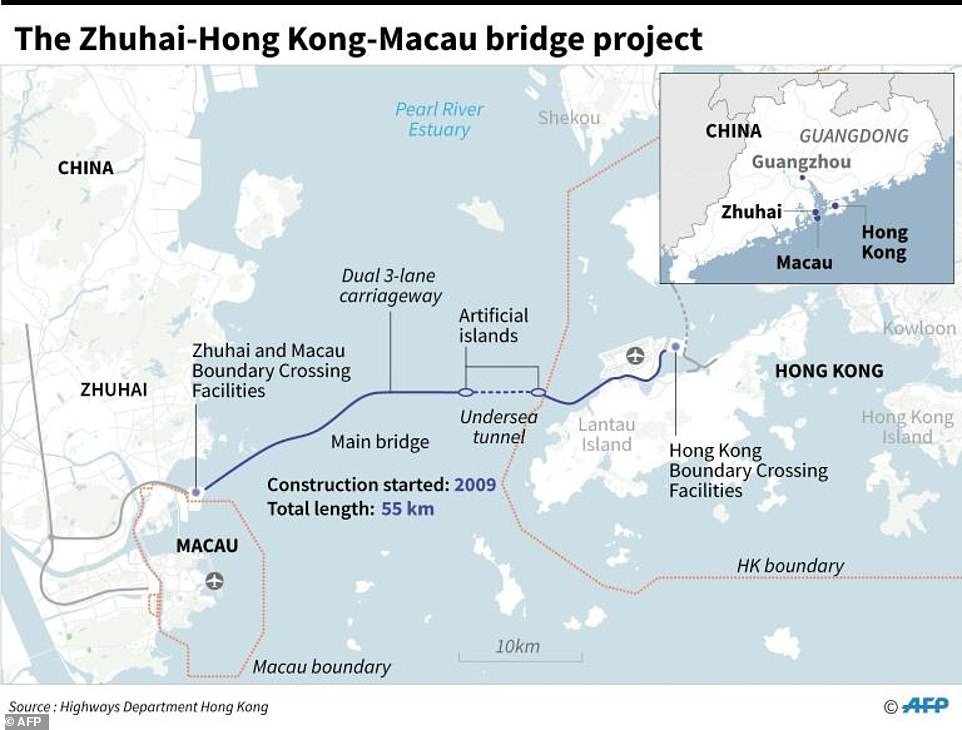 at October 23, 2018
Email ThisBlogThis!Share to TwitterShare to FacebookShare to Pinterest