Hunga Tonga–Hunga Haʻapai
14 JANUARY 2022
The reclusive billionaire Larry Page has stayed mostly on the heart-shaped Tavarua island, which lies west of the main Fijian island, two people who have seen him there in the past year told Insider. Jul 23, 2021
Larry Page 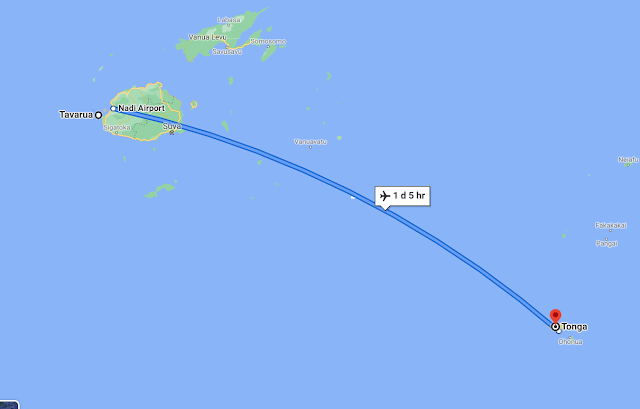 No wonder Billionaire Larry Page is in hiding.
The Godless Indian Google Employees are gonna get Larry killed....
17 JANUARY 2022:

LARRY PAGE DOOM
ON THE FEAST OF THE  EXALTATION OF THE HOLY CROSS
14 SEPTEMBER 2021
Palo Alto home with reported ties to Google's Larry Page goes up in flames
A home on an $11 million Palo Alto, Calif., property that reportedly has ties to Google co-founder Larry Page was destroyed in a three-alarm fire Tuesday. A neighbor told Palo Alto Online, which broke story, that the property on Bryant Street in the exclusive neighborhood of Old Palo Alto was owned "by either Google co-founder Larry Page or Google itself." The late Apple CEO Steve Jobs owned a home in the leafy neighborhood of grand homes. When firefighters arrived on the scene after 8 p.m., three sides of a two-story home were engulfed in flames, the Palo Alto Fire Department said in a statement. "Additionally, flames from the fire threatened tall trees on one side of the structure," the department said. Palo Alto Online reported the fire impacted a back unit of the main home with a long driveway. Firefighters quickly contained the blaze and stopped it from burning the primary structure.  Source
LA SALETTE FATIMA TIMELINE:
1. Two Popes. (13 March 2013)
2. Manifestation of the Forerunner to the Antichrist (21 October 2019)
3. Death of Two Popes (_ _/_ _/2022)
4. Start of Thirty Five Years Worth of Chastisements (_ _/_ _/2022)
5. Rise of the Political Power of the Forerunner to the Antichrist (_ _/_ _/_ _ _ _)
6. Creation of Forerunner's Nationalist Army  (_ _/_ _/_ _ _ _)
7. Persecution of the Catholic Church by the Forerunner and His Nationalist Army  (_ _/_ _/_ _ _ _)
8. Murder of Fatima Pope & Faithful on top a Steep Mountain by Forerunner and his Army.
9. The Rise of the Great Monarch & Great Pontiff (near the end of the 35 year Chastisement)
10. The death of the Forerunner to the Antichrist.

PROPHECY OF MELANIE ON TWO POPES:

"I didn't see, I don't see any Great Pope or Great Monarch before an extremely great tribulation, horrifying, terrible and general for all Christendom. But before that time, twice there will be a short lived peace; TWO shaky, servile, doubtful popes" Mélanie

REMEMBER - THE 35+ YEARS WORTH OF CHASTISEMENTS DO NOT START UNTIL THE TWO POPES ARE DEAD......

at January 17, 2022
Email ThisBlogThis!Share to TwitterShare to FacebookShare to Pinterest