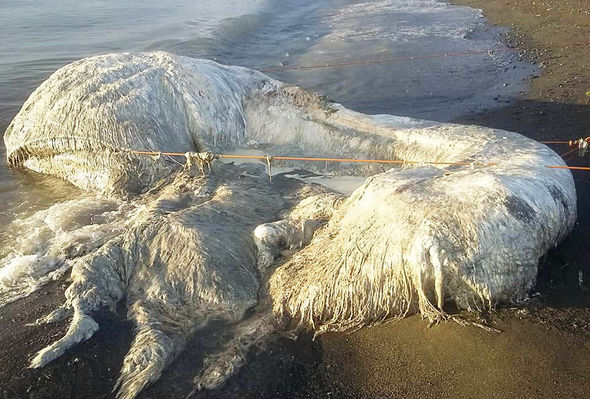 The massive, hairy carcass baffled residents in Oriental Mindoro province after it surfaced last night (Friday). Residents flocked to take pictures with the six-metre-long blob this morning, but some feared the rotting mass is a bad omen foreshadowing an imminent natural disaster. Resident Tam Maling said: "An earthquake is heading for Oriental Mindoro. The big globster is a sign of something bad coming. Please pray for us." Vincent Dela Pena Badillo added: "Many were alarmed including me when we learned the news about it. “It has been told that when creatures from the deepest parts of the ocean start appearing, something bad will happen." Mother-of-two Imelda Mariz said she had taken her children to see the creature, which they believed to be a "monster". She said: "I couldn't believe what it was, I've never seen anything like it. “In God's name, I was shocked. The children were scared it was a dead monster. Nobody knows what it is yet." Source
at May 12, 2018
Email ThisBlogThis!Share to TwitterShare to FacebookShare to Pinterest