Two people, including one student, died and 43 people were injured in a horrifying school bus crash in New Jersey on Thursday morning.    The incident happened at around 10.22am on I-80 Thursday morning near Mount Olive Township as the bus from East Brook Middle School in Paramus made its way towards Waterloo Village with 38 students and seven adults on board for a school trip.   The children were all fifth graders aged between 10 and 11.  It is not clear how the accident happened but it involved the bus colliding with a red dump truck. The impact was so strong it forced the bus off its chassis.   The cab carrying all of the passengers and driver went flying into the metal barrier on the side of the highway as a result.   One adult and one student died. The adult was a teacher, according to officials who spoke at a press conference on Thursday afternoon.   Forty-three people were taken to hospital and some remain in a critical condition. Some of the victims are still undergoing surgery in various area hospitals. Source 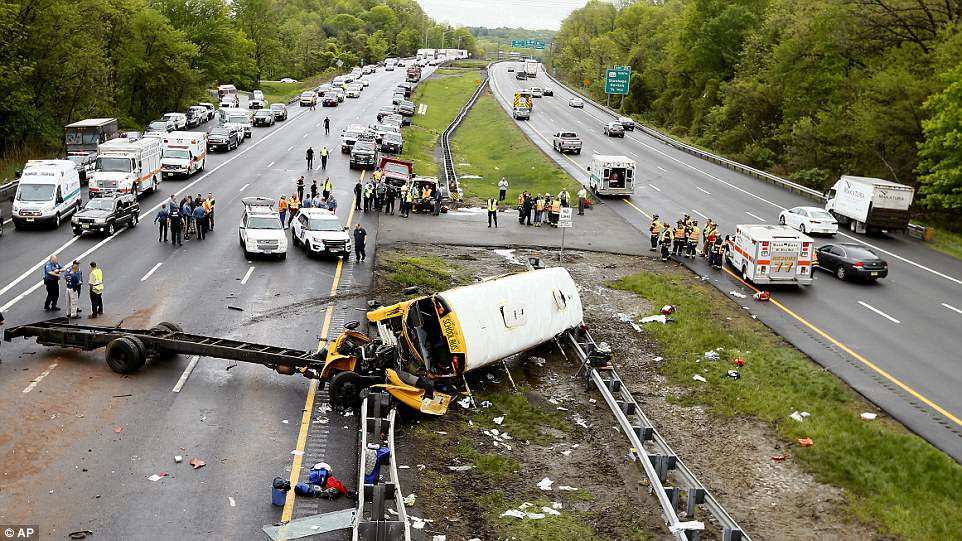 BREAKING NEWS: 'High number of casualties' after Cuban airline carrying 104 passengers explodes in a ball of flames moments after taking off from Havana airport - just one day after a third of its fleet were grounded over safety concerns

A Boeing 737 plane has crashed moments after taking off from Havana's Jose Marti International Airport - just one day after more than a third of its fleet were grounded over safety concerns.   Cuba's newly sworn in president Miguel Diaz-Canel said there was a 'high number of casualties' after the internal Cubana de Aviacion flight, went down on near a high school campus, between Boyeyos and central Havana, on Friday.  Photos of the scene show fire crews attempting to put out the still smoking wreckage of the aircraft which was devastated in the crash. Debris was left scattered across the surrounding area after the explosion.  A shocking video of the aftermath shows a vicitm being stretchered away from the scene while a large crowd of volunteers and emergency responders attended the scene. Source 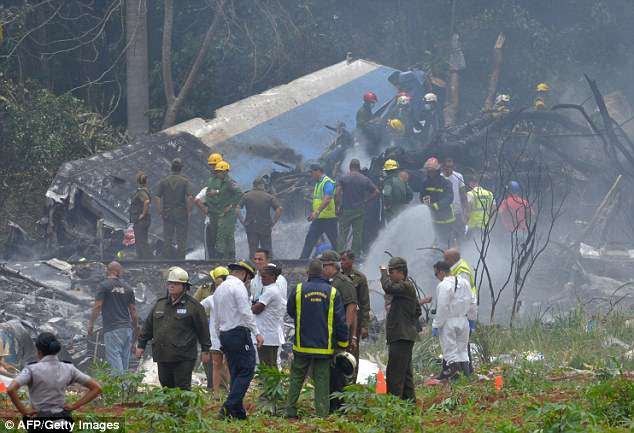 at May 18, 2018
Email ThisBlogThis!Share to TwitterShare to FacebookShare to Pinterest